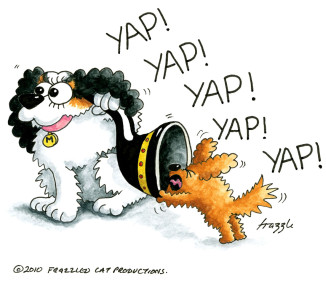 Most people will recognise the term ‘Glue Ear’. This is a viscous mucus plug which fills the dog’s middle ear. An estimated 40% of Cavaliers are affected. The pain and other sensations in the head and neck area are similar to symptoms caused by Syringomyelia (SM) this can result in misdiagnosis by vets!