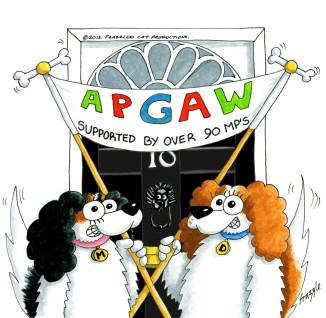 Carol Fowler has successfully campaigned the Government to provide protection for dogs from suffering at the hands of greedy breeders.

A BBC production ‘Pedigree Dogs Exposed’ found that 75% of the seven million dogs in the UK are pedigrees, and they cost their owners over £10m in vet fees every year. The in-depth investigation suggests dogs are in serious trouble, plagued by genetic disease due to decades of inbreeding.

The are also suffering acute problems because of the show ring’s emphasis on looks over and above function and health.

The APGAW inquiry report published on 3rd November 2009 ‘A Healthier Future for Pedigree Dogs’  issued their recommendations giving the Kennel Club a year to enforce the changes among breeders and breeding societies. 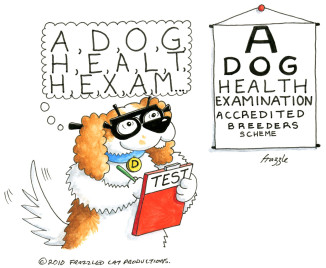 In 2008 a BBC documentary called  ‘Pedigree Dogs Exposed’ drew attention to the health problems in Kennel Club registered dogs, by showing dogs in pain due to exaggerated show features and inherited diseases due to inbreeding.

This led to two reviews of dog breeding; the first from a group of MPs ( APGAW ) and the second, chaired by Professor Bateson, that recommended some important changes which include:- 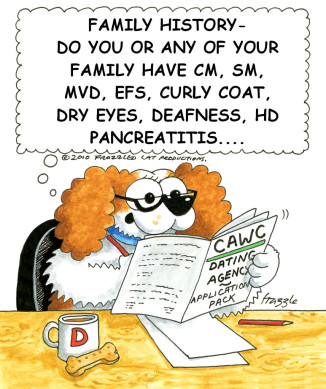 This major report recognised the clear welfare consequences of selection for specific traits in companion animals. It recognised that the welfare problems can be very serious because they can affect large numbers of animals throughout the whole of their lives and can do so generation after generation.

The report also highlighted the fact that this was a welfare problem which had been largely overlooked in the past.

It recommended that the following code, based on the wording of the Council of Europe Convention, 1987, be adopted by all those who breed companion animals:

‘The selection and breeding of companion animals can result in, or perpetuate, characteristics or inherited conditions that seriously affect the quality of animals’ lives. No one should breed companion animals without careful regard to characteristics (anatomical, physiological and behavioural) that may put at risk the health and welfare of the offspring or the female parent.’ 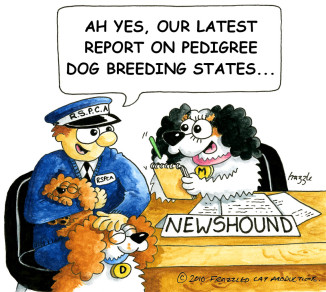 This report identified that many dogs of different breeds experience compromised welfare due to the effects of selective breeding practices. It identified two welfare issues: exaggerated anatomical features that reduce quality of life; and the increased prevalence of inherited disorders.

It endorses the findings of the CAWC Report of 2006 that the welfare issues are serious and widespread. The report suggests that measures taken so far to reduce or eradicate these problems have had only limited success, due in part because most screening programs are voluntary.

The report’s recommendations include: systematic collection of disease and mortality data; banning close matings; opening stud books; an ethical review of all breeds; increasing genetic diversity; making registration of dogs conditional on the health screening of parents; introducing codes of practice that prioritise health, welfare and temperament; educating the public that a desirable dog is one that experiences high welfare; the development of schemes for calculating estimated breeding values (EBVs) for genetic diseases.