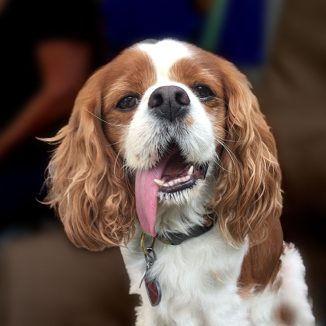 Romeo is a rescue, owner surrender, with Lucky Star Cavalier rescue. He came to me as a foster and never left. He was a funny, goofy guy and a wonderful addition to my pack which included my Cavapoo, Xander, and my Blenheim girl, Anna.

Romeo had always shown mild SM symptoms such as face rubbing and fly catching but never showed any pain. Fast forward to June 2019, at age 10, I had taken him to a local street fair. We walked around for about an hour then back to the car. When we got home I went to lift him out of the car and he screamed in pain. It was a sound I will never forget. He wouldn’t walk. I rushed him to the ER. There could be no real diagnosis without a $3000 MRI. I started doing research and found IVDD (intervertebral disc disease). I opted to try conservative treatment of strict crate rest and pain medication. IVDD is commonly seen in dogs with long bodies and short legs like corgis and dachshunds. Untreated it can lead to paralysis and incontinence. 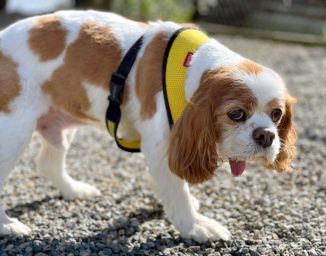 The next week we’re a blur of no sleep and trips to the vet every other day. The meds were not helping him. I took him to the animal hospital and saw the neurologist and agreed to the MRI. The test showed mild SM and confirmed the herniated disc at C2-C3 in his neck. I couldn’t watch him be in pain any more. And I was not going to put him to sleep over a disc issue that I was assured could be fixed and was a pretty routine surgical procedure. So I agreed to the surgery.

The surgery was done that day and as you can imagine I was a wreak all day. I finally received the call from the neurologist. Luck was not on our side. The surgery couldn’t have gone worse unless Romeo had been paralysed or passed away. According to the neurologist there was a lot of bleeding and his visibility was not good. He nicked the membrane that surrounds the spinal cord causing trauma to the spine. He was only able to remove some of the bad disc material. 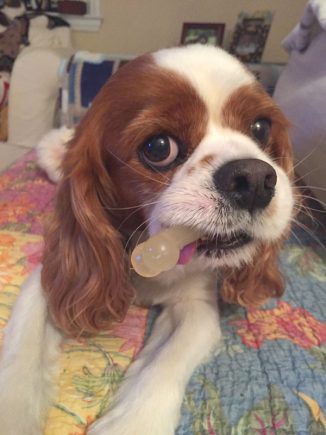 Romeo stayed in hospital for 10 days due to some breathing issues. The area of the spine that was operated on controls breathing. He also could not stand or walk on his own. Thankfully he was able to do his “business” on his own. I brought him home and it was like caring for an infant. We spent the summer doing physical therapy. The underwater treadmills helped to build up his muscles. It was a long recovery but thankfully he is okay. He still walks a bit like a drunk sailor but he is not in pain. He will turn 13 in the spring.

Moral of the story is do not assume your dogs pain or lameness is SM because it could be IVDD.