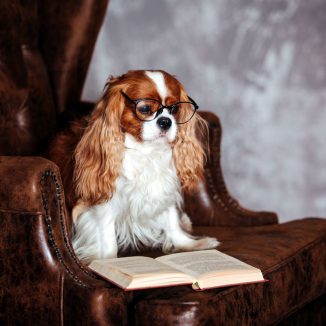 The announcement of the results of the court case in Norway has generated an enormous amount of discussion and outpouring of emotions on all sides. We all adore our Cavalier King Charles Spaniels and do not wish to see a ban on breeding in the future in the UK and internationally.

This decision means because of the severe health problems they may no longer be bred in Norway as ‘pure’ breeds.  However they may be crossed with another breed in a scientifically controlled way with the aim of breeding for health.

Part of our role as a charity is to offer support and advice to the many owners whose Cavaliers have serious health issues, (these includes Cavaliers from Puppy Farms and top show kennels) – often at a very young age. In addition we have cared for many Cavaliers ourselves with these devastating conditions and had our hearts broken over and over again.

Cavaliers are such an amazing breed and truly deserve the chance to live long, healthy lives – we need to find a way to make this happen.

Although there are many health focused, responsible breeders doing their best, there are not enough – sadly voluntary schemes have not been well supported over the decades so there has to be stronger laws around breeding and health testing. We need to keep campaigning for that and also encourage everyone to take responsibility to support those breeders fully health testing adults and puppies [at the appropriate ages] by ONLY purchasing puppies from them.

The Companion Spaniel Project is a good example of what can be achieved. Their aim is to produce healthy spaniels with improved head conformation eliminating CM/SM and early onset of MVD. After 5 years of careful selection and health testing the 2nd litter has just celebrated their 2nd birthday, it is still early days but so far the project has proved to be successful and the third generation is being planned.

Carol Beuchat of The Institute of Canine Biology has written an excellent blog on the subject:

“This is not an attack on breeders. It simply applies existing law to a group of animals, purebred dogs, that have been flying under the radar of animal welfare legislation. If there were no welfare issues for these two breeds – i.e., that the dogs being produced can be expected to be healthy and not suffer from serious or systematic health issues that could cause pain and suffering – there would have been a different outcome”…

“It is not the beginning of an indiscriminate attack on all breeds. It is, however, a test case based on two breeds that makes it clear that the existing welfare laws in Norway apply to dogs just as they do to other animals. Everybody must abide by these laws because they protect the welfare of animals”.

Fixing Cavaliers: A Call for Interest

A Message from Carol Beuchat, Scientific Director of the Institute of Canine Biology

You’ve no doubt heard that breeding of Cavaliers in Norway has been banned because of their serious health issues.

However, the court ruling encourages science-based cross breeding programs to solve the health issues of the breed, and we know from our success with the Lundehund (a Norwegian breed) that this can be done.

The Lundehund Project is proving that a well-planned cross-breeding program can restore health and genetic diversity to a breed while protecting type and the unique features of the breed.

Would you be interested in supporting or participating in a breeding program to restore the Cavalier King Charles Spaniel to health?

If so, please contact me via email with a few words describing how you think you could contribute to this program.

I will review the responses and organize a team that can get this project going.