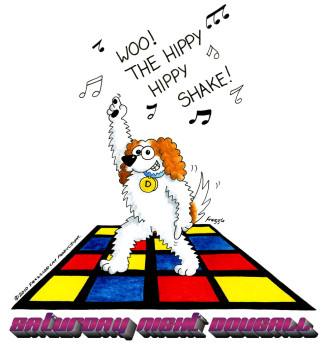 Hip Dysplasia is a common, heritable which can cause the dog terrible pain. The hip joint is a ball and socket arrangement in which the femoral head (the ball) of the thigh bone (the femur) fits into the acetabulum (the socket) of the pelvic structure. The assembly is held in place by ligaments and muscles. Malformation of either the ball or the socket, laxity in the ligaments, and poor muscle condition all contribute to the pain and ultimate arthritis of the disease.

Breeding dogs should be well below the average (16 for Cavaliers). Very few Cavaliers are hip scored; it is not perceived to be a major problem in the breed, by the time symptoms show, they are usually dismissed as arthritis.

It is believed by specialists in the field of hip dysplasia that the true incidence of HD in the Cavalier King Charles Spaniel is two to three times as high as those statistics would indicate, meaning from 24% to 36% of all Cavaliers, or as many as one third or more of all of the dogs in the breed.

The minimum score is 0 and the maximum is 106, 53 for each hip. The lower the score the less the degree.