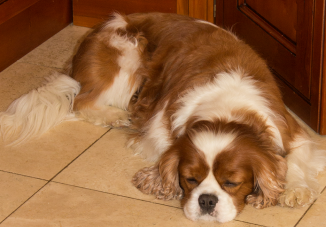 Bailey Bear came to live with us at Cavalier Castle when he was two years old following his diagnosis of CM/SM (Syringomyelia) he was not coping that well and sadly he would give a low growl if you were stroking him due to the pain. 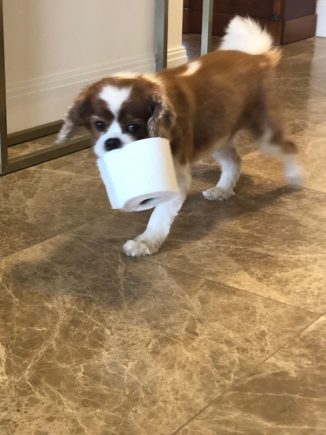 Fortunately for Bailey Bear we are familiar with the symptoms and understood that this was not a behavioural issue; with the help of Professor Clare Rusbridge we were able to get him settled onto a new medication regime so that he was comfortable and his new life at the Castle could begin.

Bailey Bear was a very happy, playful boy. Always the first in the queue for hugs and treats, and a real mischief-maker. You couldn’t help but smile at his antics. No toilet roll was safe and anything you couldn’t find would usually turn up in his bed, only slightly chewed! 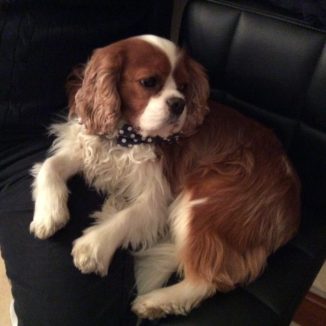 Bailey Bear appeared in some of the most popular Cavalier Matters memes, including “it’s pancake day, I shouldn’t have to put up with this crepe” and the recent toilet roll “assistance dog”. Sadly those Teddy-bear cute looks predisposed him to suffer terribly with his CM/SM – when combined with chronic pancreatitis, it is very difficult to effectively manage the pain.
Bailey Bear was an amazing character, he had a huge personality and capacity to make you laugh at his antics. He brought so much joy to our lives and to those whom spent time with him.

He loved to play with the other dogs, and welcomed all Cavalier visitors to the Castle. He didn’t really like any other dog breeds apart from  (Teddy and Poppy the Poodle) , he only tolerated other Cavaliers, he would shout at any other dog! We used to say he was ‘breedist’ 😊. 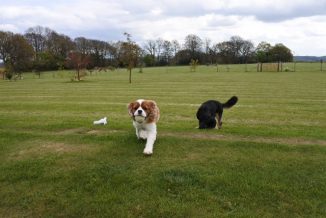 He was a very affectionate boy whom loved company and cuddles. A real character; he would bark at any animals on the television screen and do a zoomies lap of honour after having a poo. At the time it seemed funny but we soon learned it was a symptom of his SM – for many affected dogs, crouching to poo causes strange sensations and/or pain, and may lead to them exhibiting odd behaviours. 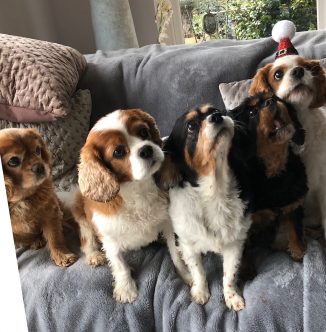 Sadly Bailey suffered with numerous health problems throughout his life. Alongside his CM/SM, he went on to develop Pancreatitis and Exocrine Pancreatic Insufficiency (EPI – requiring daily dosing of pancreatic enzymes and a special diet); he had a life threatening battle with Haemorrhagic Gastroenteritis (HGE) and was treated for quite a few eye ulcers (mostly caused by face rubbing due to the strange sensations and occasionally pain from CM/SM). In later years he was diagnosed with MVD (heart – Mitral valve disease) and kidney issues, although thankfully neither of those became severe.

Throughout all of these issues he remained a happy, active and cheeky Cavalier. He was loved by all who met him and his Cavalier family at the castle adored him.

We had hoped we would have Bailey Bear for a few more years but a few months ago we felt lumps in his neck.  Tragically tests showed our gorgeous boy had oral secondary cancers which had spread throughout his body and nothing could be done.

Bailey Bear was under the care of multiple veterinary professionals as well as a physiotherapist (Danielle McMahon), whom was helping with his movement, mobility and keeping him comfortable, we are very grateful to Danielle. 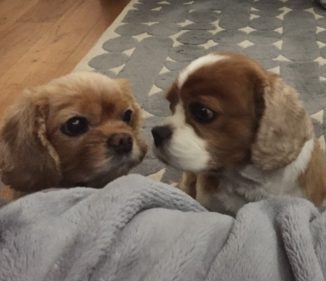 Poor Bailey Bear deteriorated very rapidly over just a few short weeks, and although he still enjoyed his meals and treats he was obviously in a lot of pain and his quality of life was no longer satisfactory. We are very grateful to our vet Mark Nelson who came to the house and made his last moments perfect.
Mark was always very attentive and always made himself available when we needed help for which we thank him.

It felt so unfair that after everything he had been through and all the Cavalier genetic health issues we were managing, in the end it was cancer that took him from us and robbed him of a few more happy years with us. 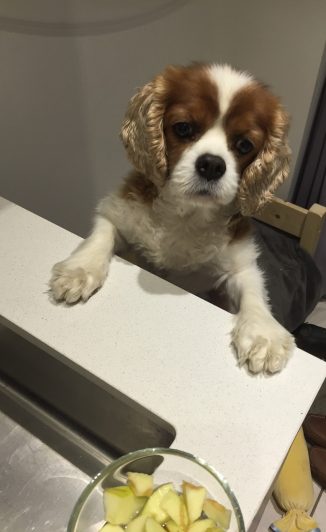 Fly high our beautiful angel we will never forget you.